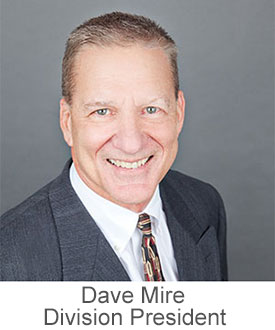 “With their background and experience, we’re looking forward to the leadership Chad and Dave will bring to our division and how that will benefit us as we move into 2016,” says Jim Rado, Area President for David Weekley Homes.

Mire has more than 22 years of home building experience, and was previously a Project Manager for the company’s Build on Your Lot program. A Texas native, he earned a Bachelor in Business Administration from Sam Houston State University where he was distinguished as an All-American baseball player.

“I believe in empowering those on my Team to make the best decisions and focus my decisions on doing the right thing,” says Mire. 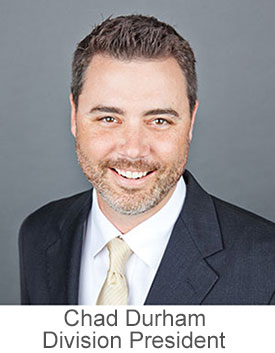 Durham joined the company in 2004 and he’s held several positions, including Senior Builder, Purchasing Consultant, Community Manager and Project Manager where he oversaw the master-planned community of Mueller and led the launch and development of the company’s Central Living product in Austin. He was raised in Austin and attended Texas Christian University where he earned a Bachelor of Science in Communications. Prior to joining Weekley, he was the 25th draft pick for the Houston Astros in 2001 and played for the organization from
2001-03.

“I am very excited about this new opportunity and look forward to enhancing the lives of our Customers throughout the Austin area by building quality homes and providing outstanding service,” says Durham.