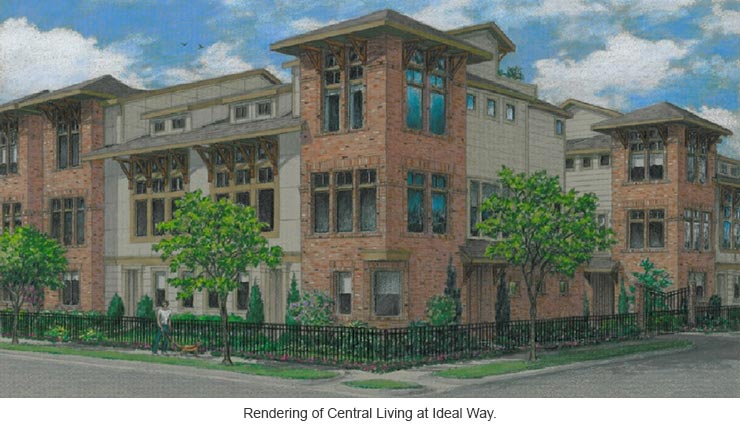 A variety of floor plans for South End’s newest community will include two to three bedrooms, two to three full baths and two-car, rear-load garages. Variances between plans consist of half bath options, living rooms on the first floor, third-floor owner’s retreats, balconies and porches.

With its historic South End location, Central Living at Ideal Way is within walking distance to the LYNX Light Rail and is easily accessible to nearby shopping, dining and entertainment on South Blvd., and to area sport venues, including Bank of America Stadium, Time Warner Cable Arena and BB&T Ballpark.