Team Members collect more than 2,300 pounds of food for holiday

In Orlando, more than 2,300 pounds of turkey and nonperishable items and $3,000 in monetary donations were collected during the two-week drive, which ran from November 1 to 15.

“I am so proud to be part of a Team that is truly dedicated to living out our company’s Purpose of Building Dreams, Enhancing Lives,” said Valerie Wagoner, marketing coordinator for David Weekley Homes in Orlando.

“This holiday season is a time of particularly great need for food in Central Florida,” said Dave Krepcho, president and CEO of Second Harvest Food Bank of Central Florida. “David Weekley Homes has stepped up in a big way to help us fill the gap for our neighbors in need yet again, and we are grateful.”

Second Harvest Food Bank of Central Florida is a nonprofit organization that collects and dispenses food donations to more than 550 feeding partners across six Central Florida counties. With the help of volunteers, donors and the community, the organization distributes more than 50 million meals to soup kitchens, food pantries, shelters, day care and senior centers and other partners. 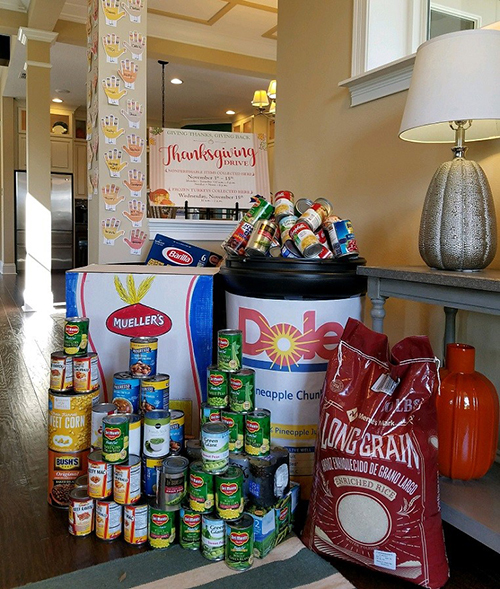