“We are thrilled to receive these awards and once again be recognized as the Builder of the Year,” said Ken McDonald, area president for David Weekley Homes in Dallas. “These honors are recognition that we are fulfilling our brand promise to delight our customers by offering the best in design, choice and service.”

David Weekley Homes was recognized for Best Architectural Design for The Steinbeck in Enclave at Lake Highlands Town Center - Bungalow Series and earned two marketing awards for Best Broadcast Media/Commercial and Best Graphic Continuity. In addition, sales consultant Kylee Gomez was honored with the Rookie of the Year award.

This is the second consecutive year, and fourth time overall, for David Weekley Homes to be named the McSAM Builder of the Year. The home builder previously won the award in 2006, 2015 and in 2018. This recognition is all-encompassing of the sales, marketing, contributions and achievements throughout the year.

The McSAM Awards were created in 1979 by the Sales and Marketing Council of the DBA in recognition of sales and marketing excellence. The prestigious McSAM Award are given to builders, developers, and associates who have made a significant and creative contribution to residential marketing through specific achievements during the previous year. 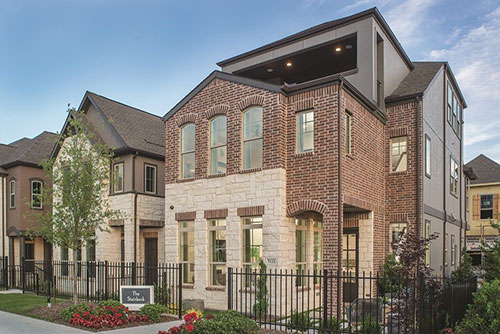