Denver, CO (July 27, 2016): David Weekley Homes is now building in the master-planned community of Inspiration. Located in Northeast Douglas County, the nation’s largest privately-held home builder will build homes in Estates at Inspiration and Harmony at Inspiration, with homes situated on 105-foot and 75-foot homesites, respectively.

Priced from the $560s, the one- and two-story homes range in size from about 2,600 to 4,000 square feet with some offering main floor owner’s retreats and an in-law suite. In addition, some homesites offer expansive views of the Front Range and Black Forest.

Community amenities include the Inspiration Club, which includes a resort-style pool, covered pavilion and grilling area with outdoor fire pit. There is also an extensive trail system, soccer field, inline hockey rink and playground. Inspiration is also near Eagle Bend Golf Club and Saddle Rock Golf Course, as well as nearby recreation opportunities at Cherry Creek State Park or Aurora Reservoir. The community is less than 10 miles from Meridian, Inverness and Park Meadows, five miles from Parker and less than 15 miles from the Denver Tech Center. 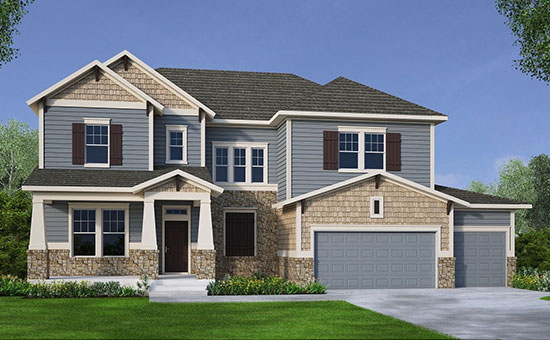