Walnut Square offers buyers six floor plans, ranging in size from 2,500 to 3,000 square feet of living space. These one- and two-story homes feature three to five bedrooms, two to four full baths and two-car garages. The floor plans also include options for such upgrades as a bay window in the owner’s retreat, a super shower in the owner’s bath and a bonus room. 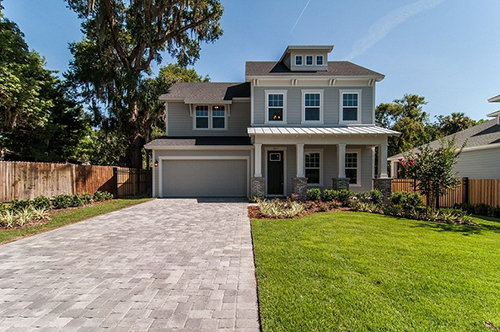 The Dobson is one of six floor plans offered in Walnut Square, a Central Living by David Weekley Homes community.