The Boulevard is the second model home in Johns Lake Landing Manor Series and is situated on a 75-foot homesites. Priced from the $340s, the one-story Boulevard includes four bedrooms, three full baths, one half bath and a three-car garage within 3,100 square feet.

Along with touring the newly-opened model home, grand opening attendees enjoyed food and fun for the whole family while listening to classic rock from onsite 1059 Sunny FM.

Buyers in Johns Lake Landing can choose from nine floor plans from the Manor Series, situated on 75- or 85-foot homesites. Homeowners in John’s Lake Landing will enjoy a 2,400-acre ski and bass-fishing lake, lakefront and conservation homesites and a future pool with a cabana. 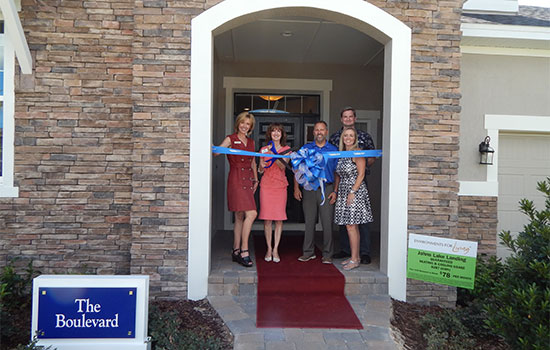