Three low-maintenance, ranch-style and attached townhome floor plans are now available for sales in Eden Hall – Garden Collection, starting from the $370s. The Davidson, Adelman and Bradshaw floor plans range from 1,700 to 1,900 square feet and include two bedrooms, two full baths, a large kitchen island, study and rear-loading, two-car garage. Four quick move-in, showcase homes are under construction and expected to be ready this fall.

The builder’s first single-family offerings in the community are now available in Eden Hall – Park Collection, starting from the low $400s. The Parkside and Modbury one-and- a-half story floor plans range from 2,800 to 3,100 square feet, featuring three to four bedrooms, including a first-floor owner’s retreat, three to four full baths, one half bath, a two-car garage, and optional finished basements. An additional 1,800-square foot, ranch-style plan will be available for purchase in July.

David Weekley Homes also will be introducing a new collection to Eden Hall – the Summit Collection, open for sales in July. This collection will feature two floor plans ranging from 2,600 to 3,100 square feet.

Visitors are invited to stop by Eden Hall at 1144 Greenbridge Drive between July 1 and July 31 to enter a raffle during the builder’s Matthews Summer Staycation Giveaway, which includes a $500-value package of gift cards to local boutiques, restaurants, breweries and wine shops. The winner will be drawn on July 7 and will be contacted by a sales consultant. 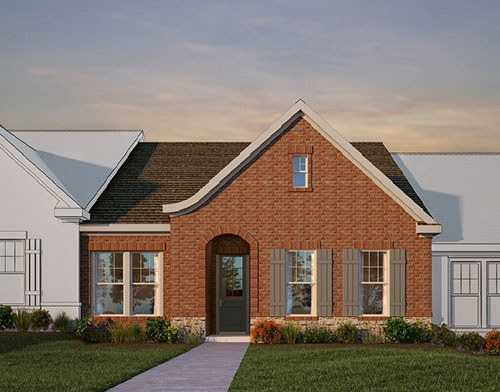