“We’re very honored to have received these prestigious awards from the Greater San Antonio Home Builders Association,” said Gary Runner, division president for David Weekley Homes in San Antonio. “It is a privilege to be recognized by industry professionals for our marketing and product designs.”

The company was presented with awards for best billboard, social media and sales brochure for its new corporate brochure.

The evening also included the homebuilder picking up an award for Best Product Design in the $200,000-$249,0000 category for The Palomar in Ridgemont 60’. The two-story floor plan includes a first floor Owner’s Retreat with open family living areas. The second floor features a retreat and three bedrooms with two full baths. 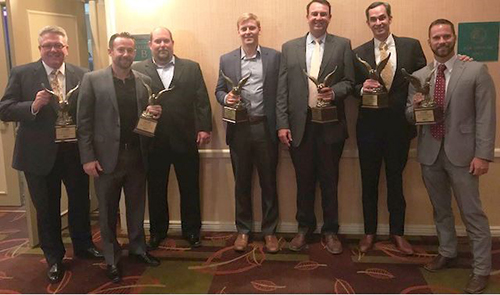