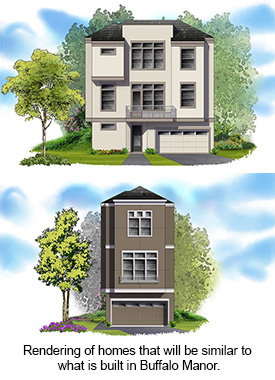 Buffalo Manor is situated off Buffalo Speedway between South Main Street and Murworth Drive and will offer easy access to local attractions like NRG Stadium, the Houston Zoo and the Museum District.

David Weekley began building in Central Houston in 2008, and has since built new homes in more than 30 communities in and around The Heights, Rice Military, the Galleria area, Washington, Montrose, Midtown, Garden Oaks and Spring Branch.