Tampa, FL (July 22, 2016): David Weekley Homes, the nation’s largest privately-held builder, is building a new model home in the Tampa community of FishHawk Ranch. The two-story Redwing will showcase the builder’s Cottage Series homes, which start from the $290s.

With nearly 2,400 square feet and situated on a 40-foot homesite, the Redwing will feature four bedrooms, three full baths, one half bath, retreat, lanai and a two-car garage. Designer options for the model include wood flooring on the first floor, granite countertops in the kitchen and owner’s bath, and an extended outdoor lanai with pavers and a fire pit. 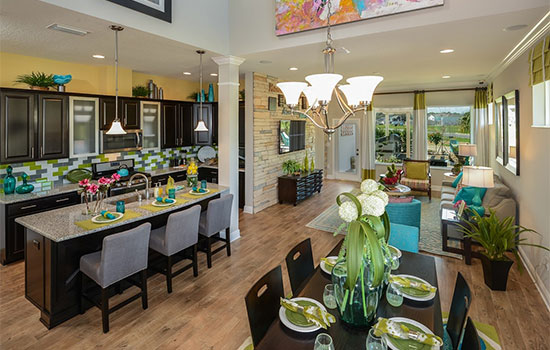 David Weekley Homes has begun construction on a new model home, The Redwing, From its Cottages Series in FishHawk Ranch.