In Salt Lake City, nearly 500 pounds of nonperishable items were collected during the two-week drive, which ran from November 1 to 15.

“The Utah Food Bank is such an amazing organization!” said Sarah Gass, marketing coordinator for David Weekley Homes in Salt Lake City. “It is so rewarding to be able to help support and provide food for this charity.”

Locally, the Giving Thanks, Giving Back Thanksgiving Drive benefitted Utah Food Bank, a nonprofit that distributes millions of meals each year to partner agencies across 29 counties in Utah. David Weekley team members provided the collected items to Utah Food Bank to distribute to families in time for the holiday.

“Utah Food Bank would like to express our gratitude for the support of David Weekley Homes, whose food donation will feed an average family of four for a month,” said Ginette Bott, president & CEO of Utah Food Bank. “We consider each and every person and organization who donates their food, time or money to this important effort to be a true partner in Fighting Hunger Statewide.”

Utah Food Bank is a nonprofit committed to partnering with volunteers and the community to make an impact and fulfill its mission of Fighting Hunger Statewide. In 2016, the organization distributed more than 30 million meals to 141 partner agencies across 29 counties. In addition to collecting and dispersing food donations, Utah Food Bank provides direct service programs. 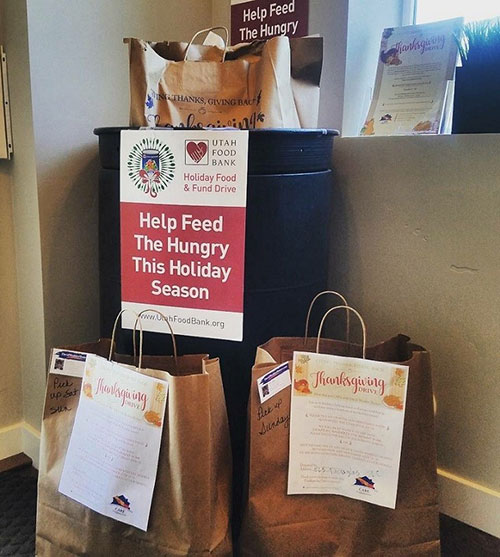