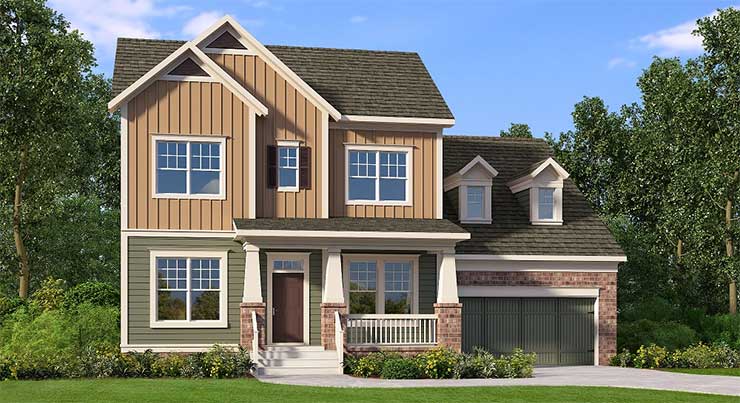 The newest model from David Weekley Homes, The Salvadore, is under construction in Parkside at Skybrook North.

Charlotte, NC (March 22, 2016): David Weekley Homes, the nation’s largest privately-held home builder, has started construction on The Salvadore, a model home for the upcoming community of Parkside at Skybrook North. Located within the best-selling, master-planned community of Skybrook, the community will open for sales in mid-April, and the Parkside model home will open for daily tours in early May.

With more than 3,100 square feet, The Salvadore will include five bedrooms, four full baths and a two-car garage. Designer touches will be included or will enhance the home, which also features a study, kitchen with eat-in island overlooking the family room, a bay window in the owner’s retreat and a super shower in the owner’s bath. The upstairs offers a retreat and bonus room, complete with wet bar, along with the three of the secondary bedrooms.

The craftsman-style elevation also consists of square tapered columns with brick bases, louvered shutters, and board and batten details.

The Salvadore is the first of 65 one- and two-story homes David Weekley will add in Parkside at Skybrook North, which is split between both Mecklenburg and Cabarrus counties. On the Mecklenburg County side, Weekley will build 15 one-story Ranch-style floor homes situated on 85-foot homesites. Fifty one- and two-story homes will be added to the Cabarrus County section, and will be situated on 70-foot homesites.

With a convenient location just 15 miles north of Uptown Charlotte and near the newest section of I-485, Parkside at Skybrook North offers an easy commute to Kannapolis, the University Area and University of North Carolina at Charlotte, and is close to Concord Mills Mall, Birkdale Village, Northlake Mall and Charlotte Motor Speedway for nearby shopping, dining and entertainment.