Walkable cities are a win-win for everyone – Homeowners, businesses and even the government! When municipalities were initially being developed, city planners encouraged urban sprawl, a type of suburban manifest destiny where Homeowners drove several miles between work and home so they could enjoy amenities that weren’t available in an urban area. City layouts are now being reimagined with a shift toward walkable, urban places – or WalkUPs. These pedestrian-friendly areas are environmentally-friendly and offer better social equity with equal access for all income levels, improved transit access, increased jobs and economic activity, according to a recent WalkUP report. 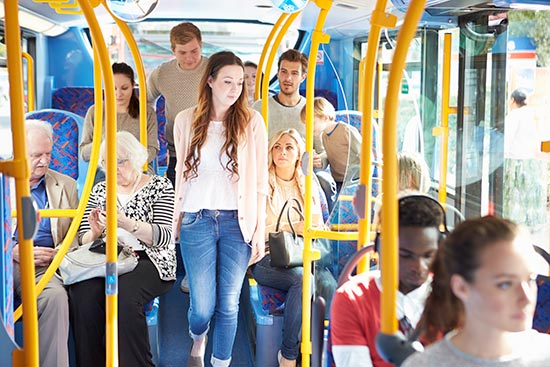 The WalkUP report is a collaboration of The Center for Real Estate and Urban Analysis, Smart Growth America/LOCUS, Cushman & Wakefield, and Yardi Matrix to analyze growth, value, educational attainment and economic vitality. Researchers created a formula measuring office and retail density, as well as information from walkscore.com to determine the most pedestrian-friendly cities and the shared benefits. The Walk Score provides a numerical grade, 1 to 100, for a specific zip code based on the proximity to nearby dining, shopping and entertainment.

While cities like New York, Chicago and Boston probably come to mind when thinking of walkable cities, this trend is expanding to cities that one might not expect, like Detroit, Pittsburgh and Denver. The report praised Denver for its recent expansion and investment in rail transit, which has sparked a “renaissance of walkable urbanism” in the Colorado town.

These Boots Are Made for Walking

A shift toward WalkUP traffic can only be achieved through local governing bodies who support pedestrian-friendly initiatives and the creation of such opportunities. Without the support of legislators to promote development patterns and public transportation, citizens have no choice but to drive in the urban sprawl. Luckily, there have been a few success stories that interested parties can point to.

A poster child for sprawl and suburban expansion, the 38 identified WalkUPs in Dallas comprise just 0.1 percent of metro land area, but account for 12 percent of revenue generated. In addition, the report found that WalkUPs throughout the country necessitate “roughly 75 percent higher rent over the metro average, which includes 105 percent higher rent for office space and 121 percent higher rent for retail.”  Other cities are taking note such as Minneapolis which embraced WalkUPs when officials voted to rezone the entire city following an affordable housing crisis. This new plan created more housing, improved transit and encouraged greater economic development.

Atlanta has seen expansive development due to new projects near the Beltline – the citywide pedestrian and bike corridor. The added convenience of WalkUPs lends itself to the creation of centers of design and technology, as well as additional opportunities for gatherings – with locals grabbing a drink after work or shopping with friends on the weekends.

With the recent shift toward a “Work, Play, Live” mentality, there is reason to believe that WalkUPs will become prominent in more cities across the United States. And, the added benefit of improved transit options, housing and retail make this urban movement a win-win for everyone.

The Secret Ingredient to a Great Kitchen

Sign up to receive our email updates, and be the first to know what’s happening in your area!