Griffin Park is situated within walking distance of the upscale town center, Griffin Farms at Midtown, which will include a specialty grocer, 24 Hour Fitness, Dunkin Donuts and other retailers. Homebuyers in Griffin Park will also enjoy a community pool with cabana, mews and gathering areas, and convenient proximity to downtown Lake Mary, I-4 and SR 417.

Home sales in Griffin Park are expected to begin in early 2018.

To view a rendered video tour of the community, click here. For more information about David Weekley Homes in Griffin Park, contact 866-994-3639. 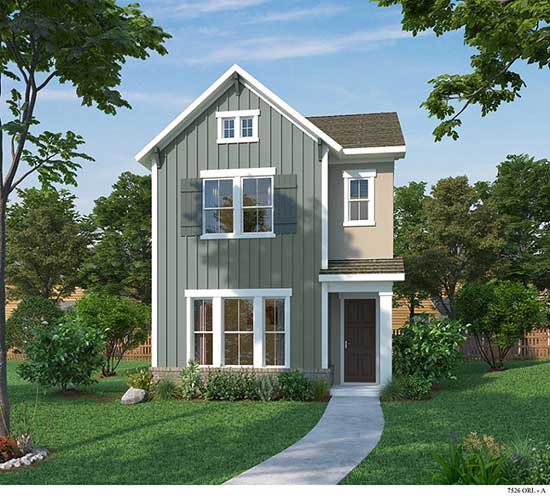 The Mohegan model home from Griffin Park – Bungalow series is currently under construction.